Kickflip Over a Quantum Centipede 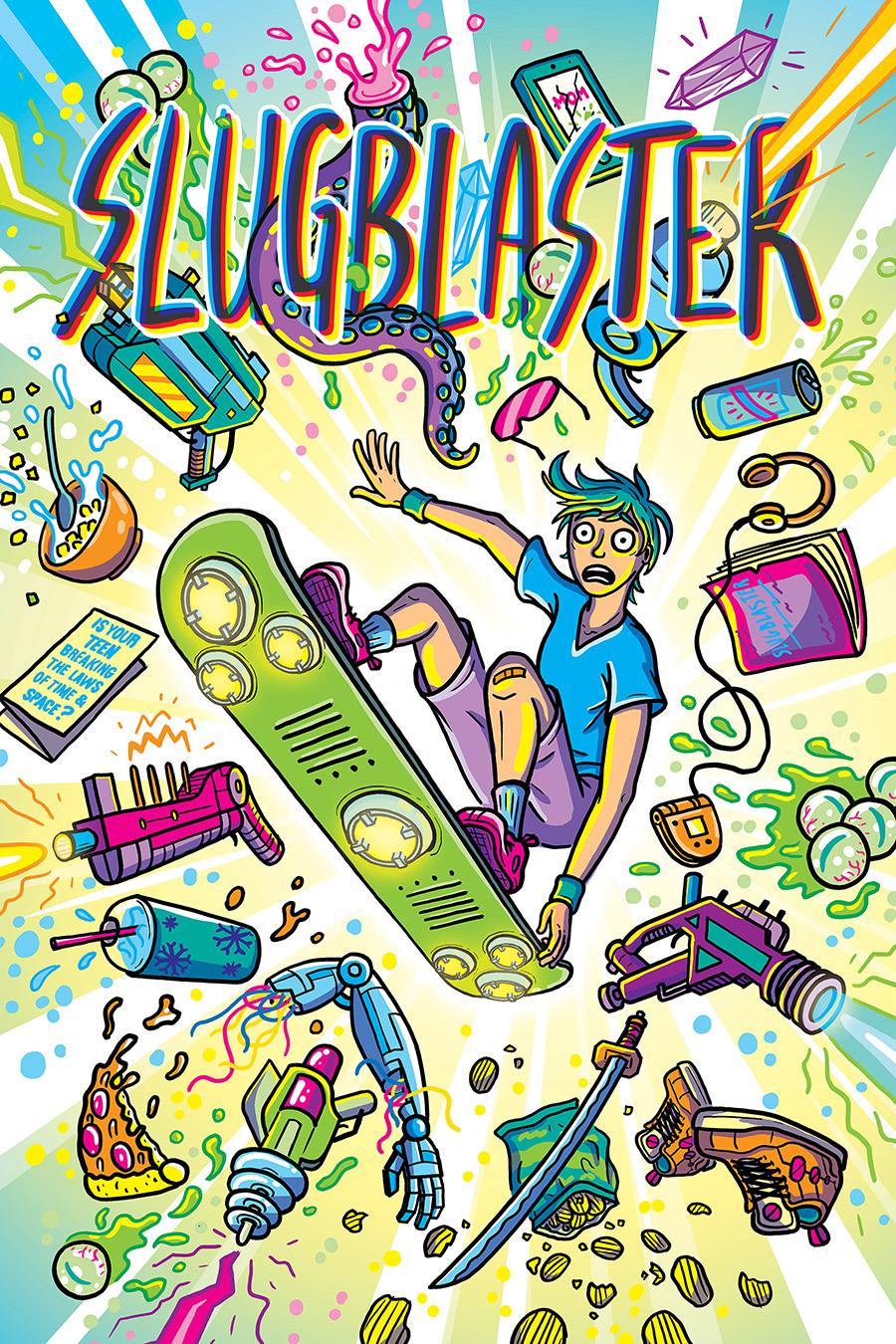 Solder up your raygun, print some armor in your dad’s garage, grab your hoverboard, and watch out for meta-terrestrials as you try to make a name for yourself in the highly competitive, punk rock world of interdimensional action sports.

Welcome to Hillview
It doesn’t have a movie theatre or a Turbo Taco, but it has a gas station, a curling rink, and some of the thinnest space-time fabric on the planet. Thin enough for a growing, underground subculture of resourceful teenagers to hack through into the vibrant planescape of exotic and dangerous worlds just beyond.

It’s dangerous. It’s stupid. It’s got parent groups in a panic. And it’s the coolest thing ever.

Who Do You Want to Be?
Will you be a gutsy rich kid with a pair of modified Scram Cat jet sneakers? A curious nerd with a custom 3D-printed maser? A chill loser with a lovable robot sidekick? A meta-dimesnional princess with psionic powers? Mix and match backgrounds, attitudes, and signature powers to create your character.

What Do You Want to Do?
Blow off school and sesh the abandoned waterpark in Vastiche. Get the Miper sponsorship by speed-running Prismatia. Salvage power crystals from the moss-covered decommisioned Mechs in the Golden Jungle. Go viral by sneaking into Quahalia without a Logic Binder. Get into the hottest party in Operablum.

Just make sure you can get home before the demi-plane melts, or the bloodwhip swarm sucks your marrow out, or Rescue tases you and hauls you back to the decontamination facility. Or your mom finds out and sends you away to troubled youth camp.

System
Slugblaster uses a lighter, modified version of the Blades in the Dark system. You don’t need to have prior experience with the system.


And check out the @Slugblaster on instagram for a bunch of fun flavor and color to get you in the mood!