I'm Daniel, one half of the Daniels that organise the con. I like playing and writing games. You can look at them at www.hazardgaming.com if you like. 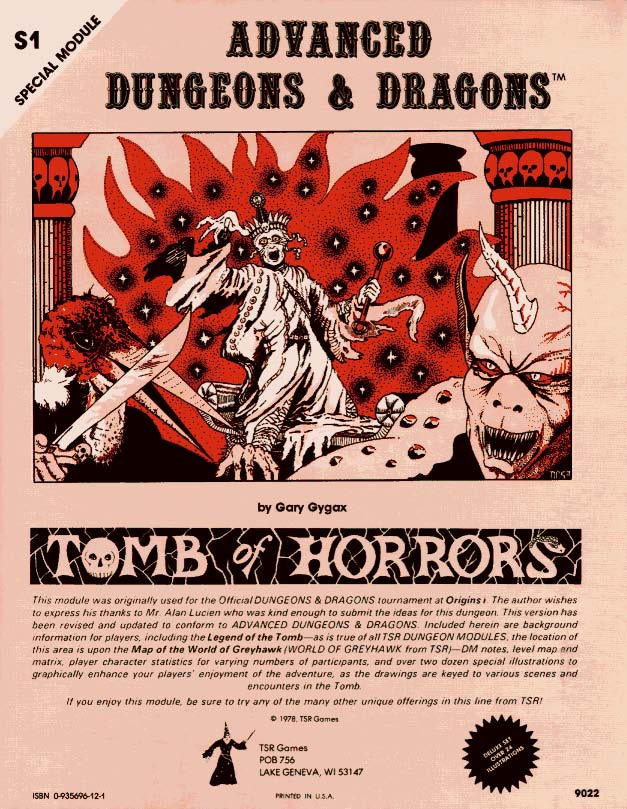 Nobody is ever really ready for the Tomb of Horrors.

Somewhere under a lost, and lonely hill of grim and foreboding aspect lies a Labrinthine crypt. It is filled with terrible traps and not a few strange and fercious monsters to slay the unwary. It is filled with rich treasures both percious and magical,but in addition to the aforementioned guardians there is said to be a demi-lich who still wards his final haunt. Accounts relate that it is quite unlikely that any adventure will ever find the chamber where the demi-lich Acererak lingers, for the passages and rooms of the Tomb are fraught with terrible traps,poison gases, and magical protection. Futhermore the demi-lich has so well hidden his lair that even those who avoid the pit traps will not be likely to locate their true goal.....

In the words of Gary Gygax himself

"There were several very expert players in my campaign, and this was meant as yet another challenge to their skill—and the persistence of their theretofore-invincible characters. Specifically, I had in mind foiling Rob Kuntz's PC, Robilar, and Ernie Gygax's PC, Tenser." Second, so that he was "ready for those fans [players] who boasted of having mighty PCs able to best any challenge offered by the AD&D game."