Everyone leaves unfinished business, that's what dying is. 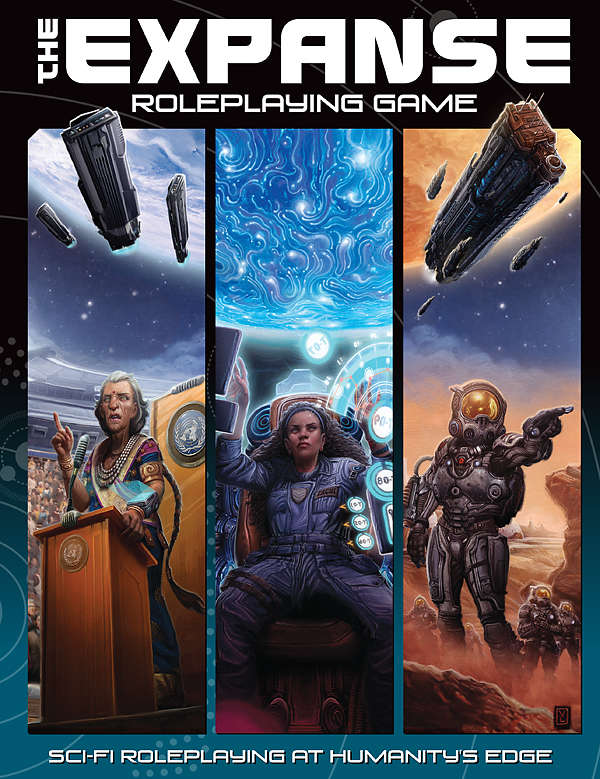 The Distant Yield has seen better days for sure, now relegated to low paying courier shipping runs for NAANazon to the remotest crappiest parts of the Belt, her crew now jokes that the phrase "bottom feeder" has taken on new meaning in the vacuum of space. But frak... what's that ping on the scope!

This is a One shot with pregenerated characters that is beginner friendly. Played on Roll20 https://app.roll20.net/join/6402139/s4kqwA  with voice through the IntrigueCon Discord server.

The Expanse Roleplaying Game brings James S.A. Corey’s award-winning series of science fiction novels and the Amazon Prime TV series to the tabletop and takes players to a far-future solar system where humanity is divided: Martians, Belters, and the people of old Earth struggle for political power and resources, but older, alien, forces are stirring in the universe, and human history is about to take an unexpected new turn.

The Expanse RPG applies the fast-playing, stunt-powered AGE system to spaceships, solar colonies, adventure, and intrigue in the far-future, where the actions of the characters may change the course of history!