Swords of the Serpentine (Corpse Astray)

Heroes saving the city of Eversink from pirates, necromancy, giant balls of death. 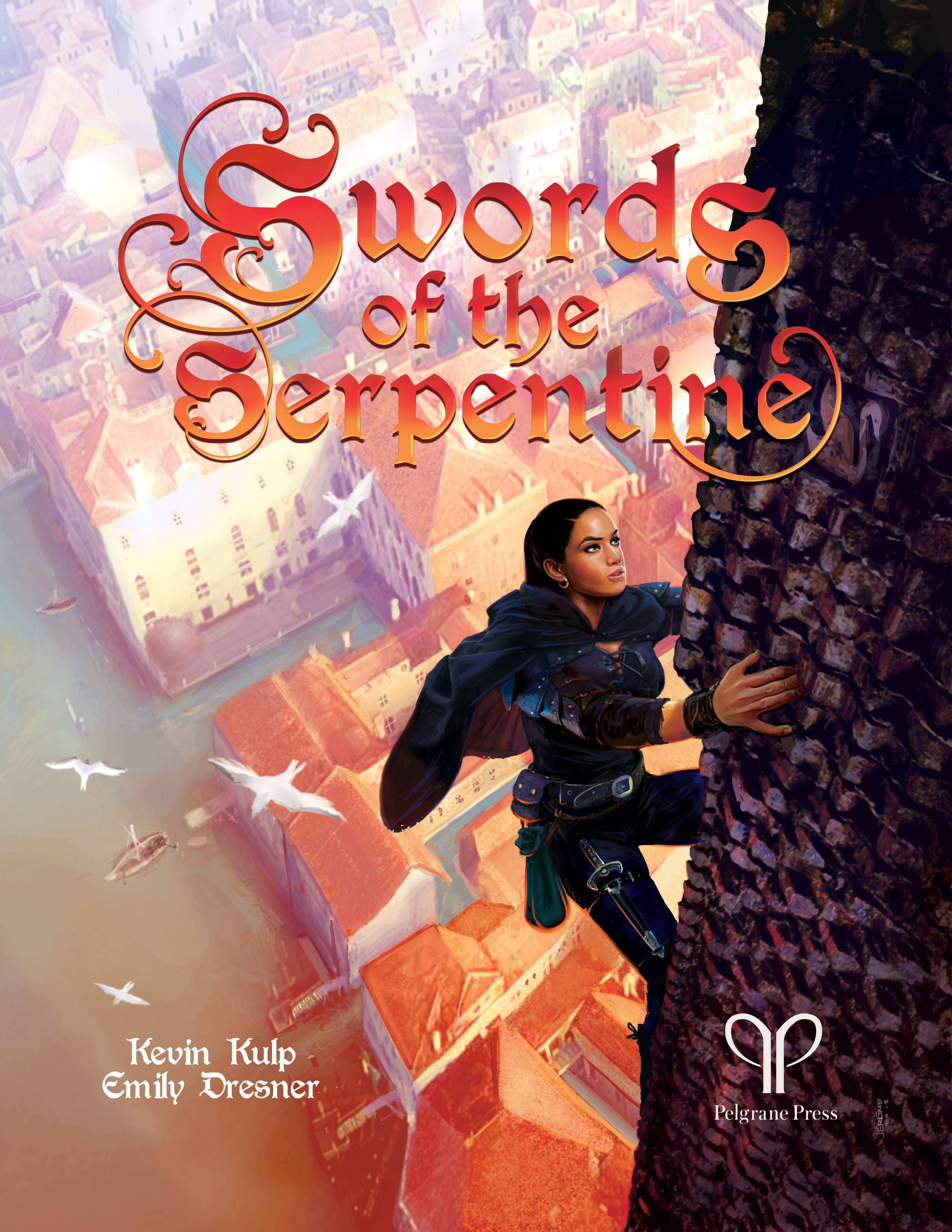 Swords & Sorcery with a mystery.

Welcome home to Eversink, home of the Goddess Denari, where wealth is worshipped and heroes and villains come to make their fortune.  Your band of mercenaries is returning from a job when the famous pirate Precia Cointongue attacks your ship.  Do you have what it takes to survive her assault?  Why is she attacking so close to home?  Who is behind this strange change in behaviour?  Can you stop a new threat to Eversink, your home sweet home?

What foul and nefarious plot is afoot and who is behind it?  Is it the Ancient Nobility, moldering in their homes of Alderhall; or the wealthy Triskidane, young upstart merchants who are challenging for power?  Is it the commoners, trying to overthrow their oppressor's?  Or Denarri forbid it be some foul sorcery brought into our lovely city by nefarious demons or gods.

Welcome home to the most glorious city of all, Eversink, where wealth, power and legend await those who are bold enough to take it.  Please ignore the missing dead, the sinking buildings and the occasional bubble of sorcerous corruption.  We are working on eliminating those.

This game is played using Discord and Roll20.  It will be predominantely theatre of the mind, using Roll20 for character sheets and handouts.

Warnings:  Death, dismemberment and necromancy may be found in this game.  Hopefully for the bad guys and not the heroes.  Players themselves will not be harmed during the playing of this game.