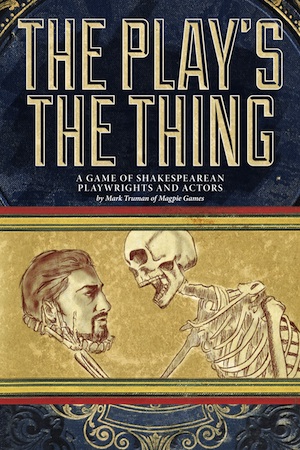 All the world’s a stage

We’re gonna put on a play!

You are playing actors in a Shakespearean troupe. A new play, A Midsummer’s Night Dream, is being written to showcase the playwright’s skill . It shall be a masterpiece full of audience favourites: comedic mix-ups, a play within a play, and, of course, weddings. In rehearsal, the actors are free to suggest edits that might put them into the limelight, avoid their character being written out of Act II, or build an expensive prop of a fire-breathing dragon to kill thousands of innocent people in their final scene.

Gamemaster: gcomyn
3 to 6 players
None
The Play’s the Thing (kinda like Fate)