Witch : The Road to Lindisfarne 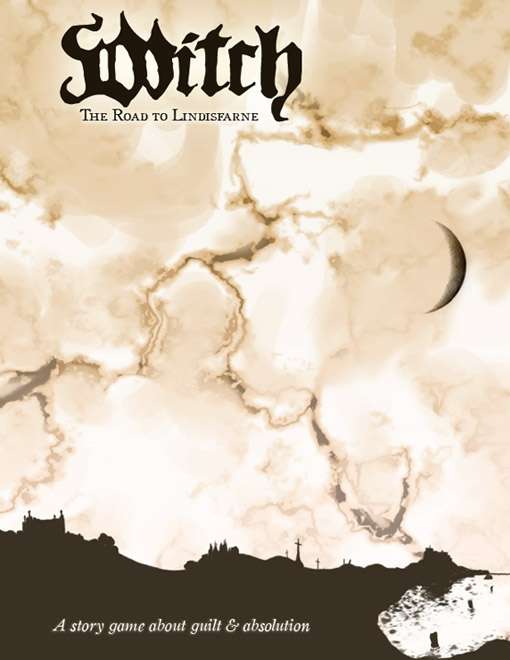 A Witch is born out of the true hungers of her time,

A story game about guilt & absolution.

It is the year of our Lord 1350 and an unholy plague sweeps across our beloved Britain. Measures have been taken to contain and eliminate it, but still families must surrender their mothers, fathers, sons and daughters to the mass graves.

They say that one in three have been marked for death. But marked by whom? Are the sick being punished for their sins by God? No. This foul curse is the work of the Devil and his wicked agent, the Witch.

The people pray for an answer and now within the great city of London, the source of the vile plague, God may have given it. A woman has been taken prisoner by the Church after confessing the use of Witchcraft to bring the blight upon us.Three days have passed since then and during this time the heads of the Church have been in consultation without rest. Today they emerged and gave their counsel.

The woman must be taken in a caged cart to the Holy Island of Lindisfarne. Once there, an ancient ritual will be performed to cleanse this land of her and her black plague.

It will take two weeks to reach the site, but as the sun breaks the horizon on the Sabbath then the Witch will face her absolution.